There's an intersection in my town that needs a crosswalk. In the spring I tracked down the responsible person and asked how one goes about petitioning for a crosswalk. They asked me a few questions, looked up the intersection and told me that they had done a study a few years ago and determined that there was not enough traffic to warrant it, but that they would do a new study once local road construction that temporarily changes traffic patterns was done.

Their clever strategy has been to have continuous construction since then. They're constructing everything but a crosswalk. It's possible that they are doing this because studies have shown that the other things need constructing, and not just to irritate me, as I'm sure it would be cheaper to just paint a crosswalk on the street than to build all this other stuff. That's all I want, a visual marker that shows drivers that there might be someone trying to cross the road here, and that allows pedestrians to choose a good place to cross. It looks from this video to be a pretty quick process.

With a special purpose trough/brush-type tool:

With a spray gun and a steady hand:

There are some very fancy crosswalks in some cities. Here are curved ones. And there's at least one accidental crosswalk to nowhere.

Then I saw this. If all else fails, put up your own. How closely do you think the city tracks crosswalks? If I showed up with a few friends in reflective vests, some orange traffic cones, and some quick-drying white paint, would anyone ever figure out that this wasn't an official crosswalk? Here's an argument against such things. And you can go to jail for it. And I found all those looking for a video someone told me about where a crew is painting the white stripes on a crosswalk, starting from opposite sides of the street. You can guess what happened to the crosswalk, but I can't find the video.

I just got back from work and stuck my SD card in the computer to see my photos, and as suspected the fix was only temporary. Most of the photographs are completely washed out. It's possible that the camera repair shop fixed one thing and broke another, or that the blackness problem has simply remanifest itself in paler tones. Here's the last photo the camera ever took. I believe it's an exciting mountain airport. 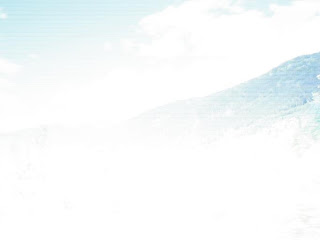 So I'm shopping. The IXUS 115 and the ELPH 100, recommended by readers as the successor to the SD10, look to be almost the same camera as each other, maybe in different markets, but they both have the menu buttons where my thumb goes for one handed shots. I know from experience with the borrowed camera that I press those buttons inadvertently and take scenic out the window shots while in macro mode. I'm starting with those suggestions and looking, though. It maybe that an iPhone is what I need to replace camera (broken), cellphone (no bluetooth or cable connection for handsfree or headset interface) and iPod touch (only four years old, but apparently that's ancient in Mac time, and confuses everyone who sees it that it isn't a cellphone). It probably has greater image resolution than the once impressive 4.0 megapixel camera, and it's not like I'll look more nerdy toting an iPhone than an iPod touch, cellphone and camera. If I want to look like an idiot in public places, I can do that without the help of technology.

I own a Powershot G7 and it is a awesome camera!
I believe that Canon has moved on to newer versions (G9 and 11) and they are even better. They are just a bit pricey. But if you look in eBay or some website you find real deals.
An iPhone may be a great idea (I own one and it is really great and useful, especially with those flying apps) but if it is you only "everything", when the battery dies on you (and it drains quite quickly) you'll be left with no phone, camera and iPod. Not something that I would like to try.

Good luck with you camera choice!
Wishing you to continue to enjoy your job like you are doing now!

After having been forced to use a very stupid detour with my bike in the winter, I now have the most amazing bike lane painted from here all the way to my home. Yay.

Thoughts on the pictures in your linked article:

1. I'd love to know what the barcode type crosswalk reads when run through a scanner/decoder. I admit that at least now, I'm too lazy to figure this out for myself. I kind of hope it's Cars are stupid.

2. The world needs more crosswalks that look like oscilloscope traces. This would actually be a great theme for places like Silicon Valley or for the various intersections on the campus of a tech company. You could even have different typical shapes for different departments: digital clock and data traces to the building of the firmware coders, typical transistor output curves for the power designers' shack, ...

Sorry, no hints for the camera shopping question. You know I am one of those strange people who use the brand that tends to have a bunch of rubber straps around the battery compartment after a while.

Oh, and: Maybe someone knows what type of additive is put into the paint used on roads. It smells a lot like the flux used in electronic soldering wire. As far as I know, it's some sort of resin that acts a bit acidic while hot (and not yet evaporated). The flux carries impurities away that keep the solder from sticking to the metal below. Might work the same way for paint and concrete or asphalt.

2) I'm a Nikon person, but for a pocket camera I second Aerofede's praise of the Canon Powershot G* - I had a G11, which was fabulous, until I left it on a bus in Edinburgh, and now I'm getting used to its successor, the G12. You'd be hard pressed to do better.

Re using the iPhone (or any phone) for a camera - in the longer term you won't be happy. The first difference between an OK camera and a good camera is the lens, and those tiny pencil-eraser-like lenses in a phone seriously limit the picture you're going to get.

OTOH, because we all carry our phones all the time, having a camera handy when you least expect to be taking pictures (during the riots after game 7 of a hockey championship, for example) is a bonus.

Nothing keeping the property owners by the crosswalk site to put up big fluorescent green signs on their property sayiong "Future crosswalk to go HERE, stand by for developments". Then call the local paper.

That was your long-awaited self portrait, right? Figures.

I don't know the chemistry of road paints, but we had a major snafu in Massachusetts when one of these plasticised highway line paints turned out to degrade the underlying asphalt pavement. We had 2 inch-deep slashes on highways instead of white lines after about a year. The patching and repainting with different paint caused expense and traffic headaches.