Technology Is Whatever Works

The next morning I got a better daylight look at such attractions as the three-story log skyscraper (it appeared from the rows of electric meters and mailboxes, and the vehicles parked around it to be a regular cheap apartment building that just happened to be a three story tower made out of logs) and other places around town. It's like living in an old stone building in another town. The way I calculate it, Whitehorse is a young town that grew explosively at first and then shrunk a little, such that the original buildings were still in use, or at least still existing in the 1960s. And that was a time when there was enough money and sentiment around to try and preserve them. So the old telegraph office and the old railway station are still there on the waterfront, log buildings, both. The original log church is still there and at least as functional as the 1960s replacement next door. 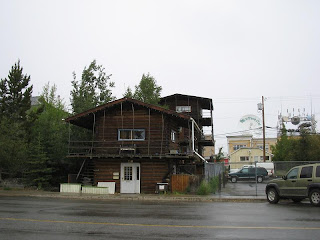 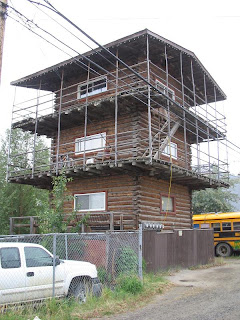 I bought a few souvenirs and talked to some locals, most of whom had come for a short time earlier but never gone home. The tourism centre was huge, a bustling nexus of information on all the places in the territory that a person can go, and all the adventures you can have. There was a hook-up noticeboard for people looking for rides and hiking companions. I smiled the technologies proposed by the note writers to contact them. They ranged from telephone numbers and e-mail addresses down to "leave a note on the green Ford 150 with Nunavut plates." I hope everyone found their rides, companions and lost possessions. 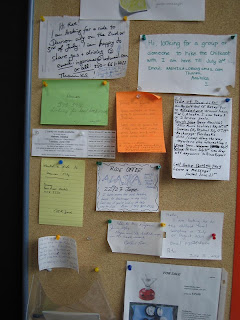 Another notice that caught my attention was this one on import restrictions to Alaska. Apparently you can take anything you like across the border as long as it isn't goat or lamb meat or Florida oranges. So does that mean mutton is okay? I'm familiar with fruit transport restrictions, but into Alaska? It's not like Alaska has a thriving citrus fruit industry, or is Alaska even more unexpectedly amazing than Whitehorse? And South African oranges are okay? 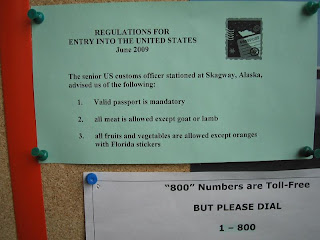 LOL Barracks Lawyer, let's see you try that with TSA. They have no sense of humor...

There is a generalized prohibition on the importation of uncooked meat and meat products (along with unpasturized dairy products) into the United States unless they have been subjected to US Department of Agriculture inspection.
Fresh fruit generally may be imported only if it has a physio-sanitation certificate with it.
Florida Oranges are quarantined due to a disease outbreak. The bind is that if you allow them into Alaska, all fights from Alaska to the Lower 48 are domestic, so there is no quarantine process.
At the moment I don't think you can take Florida Oranges out of Florida, period.


All of this has little to do with Alaska, it is just that the import regulations governing the other 49 states also are applicable to Alaska.