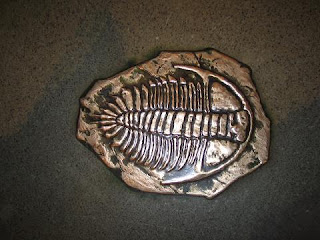 It's not uncommon for an airline trip from the jobsite to take more hours and more stops than it would if I just flew the company airplane, even though it travels at less than half the speed of an airline jet. Last time I flew across the country my client dropped me off at the GA side of the airport, then drove around the field to turn in his rental car and go through the passenger terminal to get on an airline flight to the same destination. He thought it would be faster, and liked the idea of having a washroom on board. I was checked into the destination hotel hours before he arrived. And then he had to drive back to the airport the next day to get his even more delayed luggage. There are three reasons. First, I didn't have to go through check-in, baggage check, security or any other part of the airport terminal before flying. I walked out to my airplane, loaded my own bags, confirmed the FBO had put in the fuel I ordered, poked at the airplane a bit to make sure all the parts were properly attached, then got in and started it up. Second, I fly as direct as the weather permits, instead of having to go the wrong way to a hub. And third, I don't have to change airplanes when I stop. So much of the time saved by travelling at Mach 0.8 in an airliner is eaten up by wandering around airport terminals. If I don't have paperwork to do, I fill in the time buying postcards, eating candy, and taking photographs.

I photograph funny things, interesting people, stupid signs, and other interesting things I might want to blog about later. I realized recently that I had accumulated a collection of airport floor shots. I love it when airport designers make the floor interesting. I suppose there are times when it is bad design, because if it is too interesting, it can slow down people in traffic areas and cause congestion. But it makes me happy every time to see unique airplane-related designs on the floor.

I could tell you where they all are, but that would spoil the fun. Your mission, should you choose to accept it, is to identify the airports by what is underfoot.

The trilobite (top right photo) is in Denver I think. Perhaps the top left is too. I don't know about the others.

I made a spreadsheet for a slow Cessna 172 I rented ones comparing the end-to-end speed with airlines speeds when taking into account the security & terminal delays.

I found that under 300-400 miles I'm faster or just as fast in that little Cessna.

My cohort and I had a business meeting in a city 3.5 hours away. We both left our houses at the same time, except I drove direct to the destination, and my partner drove to the airport to catch a flight.

(The reason we took different modes of transport is because the flights had only 1 seat, and he didn't want to 'delay the start of the meeting'.)

A company I deal with was affected by the 9/11 attacks in New York.

Because of such a possibility of an attack like that again in the future and to reduce the number of employees killed during such incident, they have implemented a new policy.

No more than 2 employees per flight.

Whenever they come for a visit for a meeting, we place bets on who will get to the meeting first.

It's not always the first flight to leave that wins.

Is the fish with a briefcase at SEA-TAC? Maybe...

I don't remember anything in the floor in particular, but now that I think about it, the airport at either Manchester or Liverpool England (forgot which) had a pretty good fossil display with lots of trilobites.

How funny! We spend a lot of time "looking down" as pilots, and not only at the landscape.

The fish with a briefcase is either genius or awful, I can't decide

I'd love to have the fish with a briefcase as a pin. Would go with my walleye on my protest bag.

I don't think T2 has anything but a ridiculous incline at the entrance/exit of security. Makes those wheelchair people earn their non living wage.
Just marble floors with colors and no pattern.

The Trilobite is from the Calgary airport I think.

There are a ton of fossil images on the floor at YYC, which is kind of cool.

It's almost easy to forget the diverse fossil record that Alberta has, when all you ever hear about are tar-sands and oil royalties, and, uh, some guy named Harper.